The fear of AI overtaking anime designers is real

In the next years, anime studios will turn to artificial intelligence to help create better animations

In recent years, there has been a growing trend of using artificial intelligence to create anime. This is because AI can create videos with a higher frame rate and faster than traditional methods. Additionally, AI can create animations that are more realistic, using different styles and details, than what humans are capable of.

The anime industry has been growing rapidly in recent years. Thanks to streaming services like Crunchyroll and Funimation, anime has become more popular than ever before. With this increasing popularity has come a demand for more and more anime content. To meet this demand, many studios have turned to artificial intelligence AI) to help with the design and production of anime. AI can create backgrounds, characters, and even entire scenes with little to no human input.

However, some people worry that AI will replace human anime designers. While it is true that AI can create better-quality animations, it is important to remember that the anime industry is about much more than just technical skills. There is a creative element to anime that only human designers can provide.

The future of work is always a hot topic of debate, and with the rise of AI, it’s only natural to wonder if AI will eventually replace human workers in a variety of industries. One industry that has been of particular interest in this debate is the anime and animation industry.

What do you think? Will AI completely replace human anime designers? Or will there always be a place for human creativity in the anime industry?

The Argument For AI

Since the early days of computer-generated imagery (CGI), there has been a debate over whether or not AI will eventually replace anime designers. Some people argue that AI is capable of creating realistic and lifelike images, so there is no need for human designers, while others believe anime designers bring a level of creativity and artistry that cannot be replicated by machines.

So far, AI has not been able to completely replace anime designers. However, it has been used to create some anime characters and scenes. It is likely that AI will become more involved in the anime industry in the future, but it is not clear if it will ever completely replace human designers.

Check out the below AI masterpiece by @sagans, which was made with Warpfusion and Stable diffusion.

The Argument Against AI

AI cannot yet match the level of creativity and originality of human anime designers. This is because AI is limited by the data it has to work with. So far, AI has only been able to produce animations that are based on existing anime styles. It has not yet been able to create new, original styles of its own.

Additionally, the anime industry is built on collaboration between different designers, each with their own unique skills and perspectives. AI is not able to replicate this type of collaborative work.

The Future of AI in the Anime Industry

We’ve all seen the signs. With ever-increasing realism and quality, it seems only a matter of time until our beloved anime is replaced by soulless computer-generated images. While this may be true for some aspects of the anime industry, we believe there is still a place for hand-drawn animation.

The key difference between computer-generated images and hand-drawn animation is emotion. A human touch can add a level of feeling and personality to a scene that simply cannot be replicated by a machine. This is why, even as the anime industry evolves, we believe there will always be a place for hand-drawn animation.

No, AI will not completely replace human anime designers.

What is AI anime genre?

Yes, AI can create anime. Here are a lot of examples.

In conclusion, it seems that AI cannot totally replace anime designers. However, as technology is becoming more and more advanced, it is capable of producing high-quality content. There are still some challenges that need to be overcome, such as the lack of emotion in AI-produced content, glitches, and bad artifacts. For now, it seems that anime designers are safe, but that could change in the future. 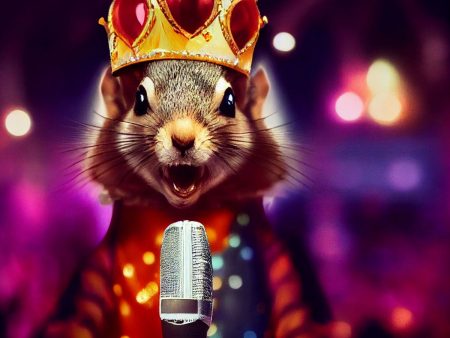 News Report Technology
The future of singing: How AI is making it possible for anyone to become a professional singer
November 29, 2022
🗞 Metaverse Newsletter
👾 Follow us