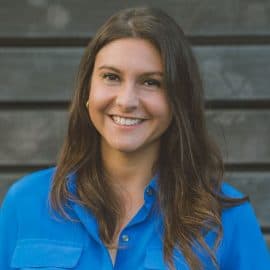 American entrepreneur and investor Arianna Simpson is a general partner with venture capital firm Andreessen Horowitz at the moment. She earned dual degrees from Pennsylvania State University's Schreyer Honors College in Spanish and international politics. When she joined Facebook in 2013, she began her career in technology early and worked in global marketing solutions.
Follow
Metaverse Post » Arianna Simpson, Entrepreneur and general partner at Andreessen Horowitz

While working at Facebook, Arianna developed an interest in cryptocurrencies like Bitcoin, particularly after visiting Zimbabwe and learning about Western Union’s astronomical fees for sending money to and from the country to help the family she was sponsoring. She quit her position at Facebook in 2014 to join BitGo, a supplier of multi-signature bitcoin wallets, after carefully reading the Bitcoin white paper.

She left BitGo a year later to begin the subsequent phase of her career as the co-founder of the venture capital firm Crystal Towers Capital, where she is still involved as an angel investor and venture partner. Before Bitcoin became more widely used, Arianna was a frequent bitcoin contributor to specialist business and financial news websites like Business Insider.

Gaming, where the emerging play-to-earn model may one day offer a second source of income for professional players, was named by Arianna as the cryptocurrency industry’s future.

She recognized the promise of Web3, NFTs, DeFi, and the metaverse early on, and these technologies will all be crucial to achieving Arianna’s objectives with Andreessen Horowitz. She made the announcement about the company’s most recent investment in decentralized credit platform Goldfinch earlier in January. This platform serves as an open market for unsecured loans and decentralizes the loan underwriting process.

The business stated at the end of January that it would raise $3.5 billion for its venture capital fund, which will be used to invest in cryptocurrency start-ups and initiatives, as well as an additional $1 billion to use in Web3 digital tokens and currencies. The year will see the announcement of specific plans.

Within the company, Amanda is promoting the Web3 agenda, particularly in NFTs and metaverse. She is anticipated to perform remarkably well in 2022 given the wealth of new prospects accessible in the bitcoin sector.