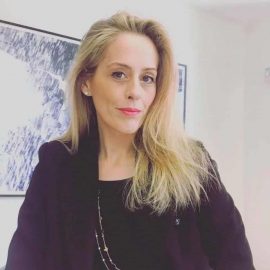 A veteran of the fintech industry with nearly two decades of experience in financial services, regulation, and cutting-edge technology, Vanessa Grellet. She presently oversees portfolio growth for CoinFund, an investment company with offices in New York and Miami that specializes on early-stage Web3 projects and cryptocurrency assets. Grellet began working in the blockchain sector in November 2016 when she joined ConsenSys as an executive director, largely responsible for advancing the Ethereum ecosystem. She has contributed to the leadership of projects including the Accounting Blockchain Coalition and the Enterprise Ethereum Alliance.

Grellet has previously held positions with industry giants like PricewaterhouseCoopers and the New York Stock Exchange. The businessman is also the head of the Blockchain for Social Impact Coalition, a non-profit that encourages the creation of blockchain-based products and services designed to address social and environmental issues. She is a founding member of the Crypto Tea community and holds executive positions at two investment firms, Nexus and Cornerstone Capital. She pursued studies in business and managerial economics at HEC Paris as well as international commerce, tax, and business law at Université Paris-Panthéon Assas (Paris II).

Grellet’s main priorities in 2022 are anticipated to be bringing promising early-stage crypto enterprises into CoinFund’s portfolio and guaranteeing the success of their product and service launches. J. Christopher Giancarlo, commonly known as “Crypto Dad,” the former chairman of the Commodity Futures Trading Commission, joined CoinFund as an adviser at the beginning of the year.

Grellet sees the NFT ecosystem as having disruptive potential and anticipates that within the next four to five years, the technology will become widely used. The organization is anticipated to spend the majority of its funds in businesses specializing in NFTs and the Metaverse under her direction.