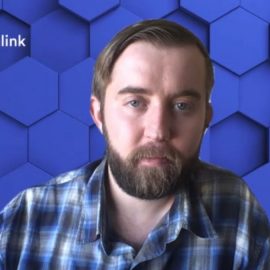 He says he has been in the cryptocurrency industry for more than ten years, which would place his beginnings around the time the Bitcoin white paper was released. Nazarov is acknowledged in the public for creating the Chainlink network, which features hybrid smart contracts and blockchain oracles.

In the 1990s, Nazarov and his family moved to New York, where he later graduated from New York University with a bachelor’s degree in philosophy and management. Nazarov worked in a number of assistant roles to get experience in business operations before founding his own cryptocurrency company.

Cross-chain solutions, according to Nazarov and his team, are the future of cryptocurrencies and smart contracts. For precisely this reason, Chainlink unveiled the Cross-Chain Interoperability Protocol in August 2021.

As a “new open-source standard for cross-chain communication,” the CCIP is regarded by Chainlink as a means of establishing connections between countless blockchain networks. Additionally, this protocol will be the basis for the Chainlink Programmable Token Bridge.