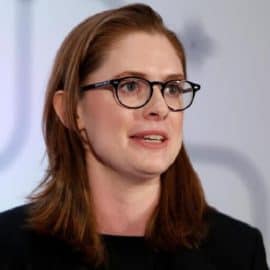 The Tezos Foundation was co-founded by Kathleen Breitman, a veteran of the financial industry. Two years after the initial white paper's publication in 2014, she and her husband Arthur Breitman co-founded Tezos. Breitman, a financial mathematics graduate of NYU, is presently the CEO of Dynamic Ledger Solutions, the business that created the first iteration of the Tezos platform.
Follow
Metaverse Post » Kathleen Breitman, Co-founder of Tezos

Powered primarily by the proprietary Tezos (XTZ) token, Tezos was created as an open-source proof-of-stake blockchain platform to enable the deployment of smart contracts and peer-to-peer transactions. Breitman first became involved in the blockchain community in 2014 while working with Accenture to implement the technology for business applications. This was before he co-founded Tezos. She has experience working with R3, a company based in New York that specializes in blockchain solutions for payments and settlements.

When Tezos first started out, it was a nonprofit that used initial coin offerings to raise money. The business has received multiple multi-million dollar investments over the years from seasoned businessmen like Tim Draper, and its current valuation is above $8 billion.

Building on 2021, the clothing retailer Gap joined the Tezos blockchain at the beginning of the year to launch exclusive NFTs that could be bought using XTZ tokens. Breitman’s goal of going worldwide was further realized when Tezos India teamed up with The Blockchain School to offer educational programs aimed at helping people learn the basics of the Tezos protocol.

The business also started its collaboration campaign early, signing a three-year agreement with the French esports organization Team Vitality to increase fan engagement by promoting Tezos. Moreover, a cryptocurrency-focused solution akin to Visa’s may be created shortly as a result of Tezos’ collaboration with Baanx, which was approved by the Financial Conduct Authority of the United Kingdom.

Under Breitman’s direction, it is anticipated that Tezos will develop as a platform and compete with Ethereum to control the NFT ecosystem. Breitman is also confident that the reduced carbon impact of Tezos will be accepted in traditional finance.