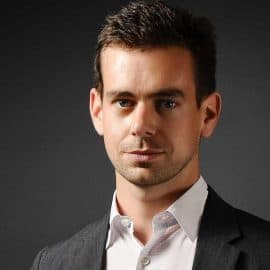 Additionally, he established and serves as CEO of Block Inc., formerly known as Square, a mobile payments startup.

He was born and reared in St. Louis, Missouri, where he also attended college before relocating to New York City. He attended at New York University but left before receiving his degree and relocated to California.

He first had the idea for an innovative instant messaging service in 2000, drawing inspiration from LiveJournal and AOL Instant Messenger. Over the next five years, Dorsey dreamed up the notion that would eventually become Twitter.

Square, a platform for small businesses that allows them to accept debit and credit card payments on a mobile device, was introduced in May 2010 by Dorsey and co-founder Jim McKelvey. In a short period of time, the company went from having 10 people to 100, with a market value of $3.2 billion in 2012, and was listed on the New York Stock Exchange in 2015.

Dorsey has always been a supporter of Bitcoin and has always believed that it might become the internet’s default cryptocurrency. With the direct financial support of the Bitcoin Core team, His Square has been engaged in the technology development.

In 2020, Square and Dorsey made a significant change by launching Square Financial Services and receiving approval from the FDIC to open a bank. In order to promote the use of Bitcoin through infrastructure, protocol development, and UX design, Square also established a cryptocurrency division.

Dorsey will continue in his role as CEO of Twitter in the coming year up until June, when he will completely turn his attention to Bitcoin and Block Inc. Dorsey is anticipated to affirm his commitment to promoting Bitcoin adoption as the internet’s primary currency and advancing Block Inc. in the decentralized finance space.

Given his well-known interest for promoting adoption in that region, where he has been extensively, he is likely to expand his operations there. He thinks that’s where an open and decentralized monetary system is more required to give locals more leverage over closed marketplaces and authoritarian rulers.