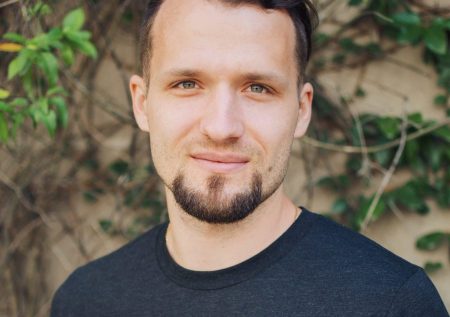 An entrepreneur and software developer from Russia, Anton Bukov co-founded 1inch Network in 2019 after developing a passion for blockchain technology and cryptocurrencies.
Follow

He worked for five years as a researcher at the Russian Federal Security Service’s Academy’s Institute of Cryptography, Telecommunications, and Computer Science. He earned his degree as a specialist engineer and went on to create a C-style language compiler and an OS stack akin to TCP/IP.

He developed a career as a C++ and iOS software engineer in a variety of industries, including machine learning, before switching to BitClave as a blockchain developer in 2017. Prior to joining 1inch Network, Anton worked as the senior smart contract engineer for the Near protocol and the chief blockchain engineer at MultiToken.

In 2019, he and another software programmer, Sergej Kunz, co-founded 1inch Network. They had created a prototype for a decentralized exchange aggregator at a hackathon in New York City, which later served as the basis for 1inch Network.

For both seasoned and novice DeFi users to locate the best exchange for their tokens, the 1inch DEX aggregator searches through a number of decentralized cryptocurrency exchanges.

The 1inch network has 1.6 million users overall, 11.7 million deals, and five supported networks by the beginning of 2022, including Ethereum, Binance Smart Chain, Polygon, Optimistic Ethereum, and Arbitrum. The Ethereum Network had a total trading volume of $120 billion, ranking 1inch Network among the top 10 decentralized exchanges in terms of volume.

According to Cointelegraph, Anton will start with the DeFi Racer game in 2022 and concentrate on growing DeFi crypto assets before branching out into Web3 tools like GameFi, NFTs, play-to-earn, and the metaverse.

The company has introduced the 1inch Aggregation Protocol and the 1inch Limit Order Protocol on Avalanche and Gnosis Chain, formerly known as the xDai Chain, in an effort to increase its footprint in DeFi.

Solana tech developer Coral raises $20 million in a round led by FTX and Jump Crypto
September 28, 2022

Singapore may be the next big metaverse and crypto hub, Cryptomeria report suggests
September 28, 2022