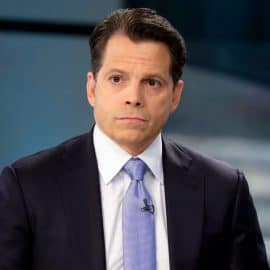 American political consultant and businessman Anthony Scaramucci is most known for his time as the White House's communications director from July 21 to July 31, 2017. He was raised in Port Washington, New York, in a lower-middle class Italian-American family. At age 11, he first entered the workforce. He attended at Tufts University after high school and earned a bachelor's degree in economics there. After that, he attended Harvard Law School, where he graduated with a doctorate in law.
Follow
Metaverse Post » Anthony Scaramucci, Financier

He began working at Goldman Sachs as an investment banker after graduating. In 1996, he left Goldman Sachs and founded Oscar Capital Management, his own financial firm. Later, he founded SkyBridge Capital, a New York-based international investment company.

He was appointed director of the White House Office of Public Liaison and Intergovernmental Affairs and assistant to President Donald Trump in the White House in 2017. Eventually, the White House appointed him director of communications, but he was let go after just ten days. One of several well-known cryptocurrency proponents who thinks Bitcoin will outperform gold is Scaramucci.

With a longer-term perspective, Scaramucci advises investors to invest in the purported “digital gold.” By 2022, he thought Bitcoin might “easily trade” at $100,000. There aren’t even enough Bitcoins for each millionaire in our society to hold one coin, he continued, arguing that the price of bitcoin is still in its infancy.

Furthermore, he believes that Algrorand will exceed Ethereum in 2022 because of its quick transaction times and minimal environmental impact, which make it a candidate for the best blockchain in the market for digital assets.

The network will be tasked with implementing technology and network ecosystem infrastructure in 2022 in order to use the power of blockchain to transform enterprises. Scaramucci thinks Algorand’s potential will be comparable to what Google was when it initially started in 1998 if the community expands. He specifically noted “Cardano, or things like Ethereum, will continue to rise because there are truly fantastic use cases for them” in reference to cryptocurrencies.