The Mexican police are currently investigating the incident. 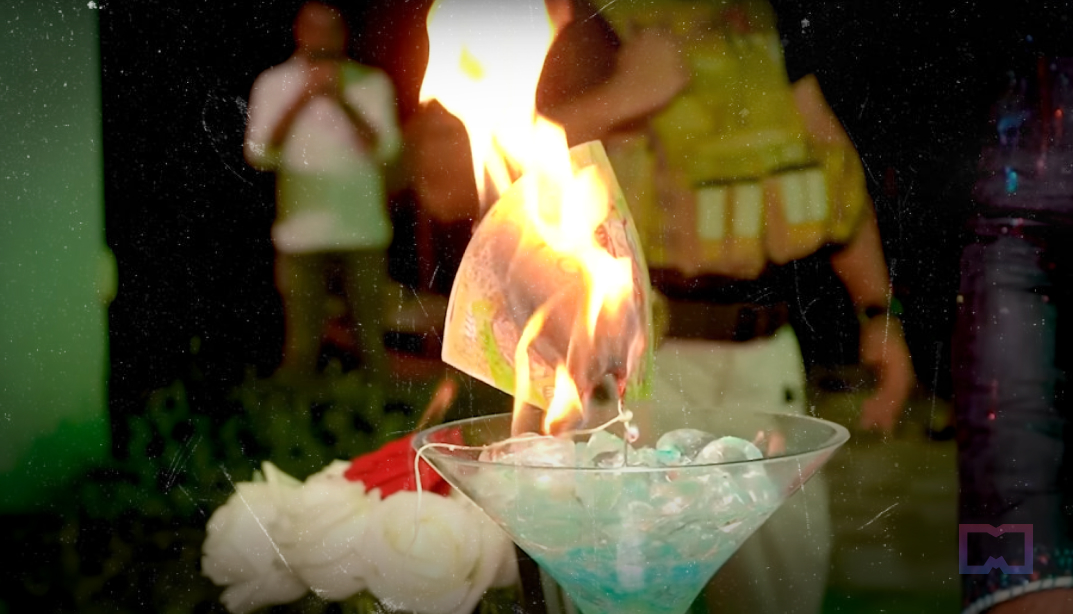 Mexican collector, entrepreneur, and creator of AGCoin Martin Mobarak reportedly set a $10 million Frida Kahlo drawing on fire to launch his NFT project. The businessman threw a ceremonial party in his Miami mansion, where he burned Kahlo’s Fantasmones Siniestros (1944) in a martini glass.

The non-fungible token project Mobarak is promoting is named “Frida.NFT.” The NFT collection depicts 10,000 digital Fantasmones Siniestros by Kahlo. According to the project’s website, Mobarak aimed to transition the physical artwork “into the Metaverse.”

The NFTs would grant holders access to exclusive events and luxury experiences like the launch party. Additionally, the entrepreneur reportedly plans to donate a part of proceeds from primary sales to the Children’s Craniofacial Association, the Museo Frida Kahlo, and Palacio de Bellas Artes.

“As an art alchemist transforming physical art into digital gold, he supports the Frida Khalo Museum of Coyoacan in Mexico, the Palace of Fine Arts, in Mexico, and the National School of Plastic Arts in Mexico City,” states Mobarak’s Linkedin profile.

However, the latest stunt does not look like an art performance or a charity event to Mexico’s National Institute of Fine Arts and Literature. As the deliberate destruction of an artistic monument is considered a crime, the Mexican police are currently investigating the incident.

The project itself did not receive much attention in terms of artistic value. At the time of writing, just 27 NFTs were minted by eight wallets.