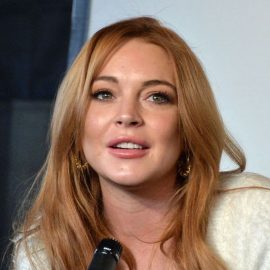 A prominent fan of TAE on Twitter is the 2000s pop singer Lindsay Lohan. She applauds the ability of tokens and blockchains to give authors stronger copyright protection.
Follow
Metaverse Post » Lindsay Lohan, American actress, singer, model and fashion designer.

Dinah Lohan (formerly Sullivan) and Michael Lohan, a businessman, welcomed Lindsay Dee Lohan into the world on July 2, 1986 in New York City. In a family of four, Lindsay Lohan is the oldest of two younger sisters and a brother. She started her modeling career at the Ford Agency when she was three years old, starring in television advertisements. To date, she has been in more than sixty ads. Lindsay Lohan has starred in commercials for brands like Pizza Hut, Wendy’s, Calvin Klein Kids, and Abercrombie Kids.

Congratulations @realCoinUnited with the winning bid of 1,000,001 TRX

Because of the NFT, Lindsay Lohan released her first single in years. This song is called “Lullaby” and it’s not an ordinary pop track. This is an electro song created in collaboration with DJ Manuel Riva along with visual material featuring Lindsay Lohan herself and butterflies. Most importantly, this entry is a non-fungible token that was sold for $85,000 on one of the marketplaces.

After the actress and singer sold another collectible item for $15,000, she stated that she believes that in the near future, all art will be related to NFTs and blockchain in one way or another. Lohan defends Bitcoin all the time, despite all the controversy and discussion.