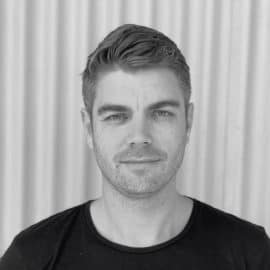 Australian-born Kain Warwick launched the stablecoin project Havven through an ICO in February 2018. Later, Havven changed its name to Synthetix and quickly gained ground to establish itself as a major force in the decentralized financial system. One of the most important decentralized financial ecosystems, the Synthetix platform is built on the Ethereum blockchain and focuses on creating and minting synthetic currency.
Follow
Metaverse Post » Kain Warwick, Founder of Synthetix

In addition, he is a co-founder and CEO of Blueshyft, a retail payment network with over 1,200 locations in Australia. With tens of millions of dollars’ worth of transactions processed each year, Blueshyft has emerged as Australia’s most well-known cryptocurrency payment gateway. In addition, from September 2002 to August 2005, Warwick worked as The Bay Club Company’s assistant tennis teacher in addition to playing guitar and singing with the band The Lie Society from October 2005 to September 2009.

In December 2021, Warwick tweeted his support for the Ethereum ecosystem and its aspirations for growth. He believed that after the majority of the platform’s infrastructure is moved to layer 2 in 2022 and tokens are released, it will be difficult for the fledgling ecosystem to compete with Ethereum. Users shouldn’t have to hold off till the expansion plan is finished, he continued.

Even so, everyone is currently investing their feelings and money in public chains that are known as “Ethereum killers,” such as Binance Smart Chain, Avalanche, and Solana. However, this situation may soon change. However, Warwick believes that spending money on an Ethereum rival is a waste of resources.

He urged the Ethereum community to unite and do more for brand-new layer-2 users as a market participant. He also thinks that in 2022, an increasing number of consumers will understand the significant advantages of layer 2 thanks to a group of skilled developers rather than just because they support decentralization. On the fast-performing Optimistic Ethereum mainnet this year, Synthetix will develop a fully on-chain composable perpetual futures market with unparalleled liquidity.