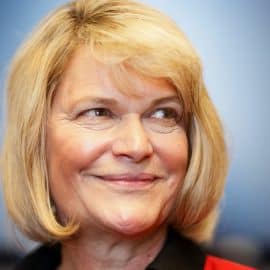 A comprehensive measure intended to give regulatory clarification on digital assets, including stablecoins, will be introduced in 2022, Senator Lummis announced plans to do so in late 2021. She allegedly also suggested setting up a body to supervise the cryptocurrency market that would fall under the joint authority of the Securities and Exchange Commission and the Commodity Futures Trading Commission.

In 2022, it is anticipated that Senator Lummis will continue to promote the expanding cryptocurrency market in the US and elsewhere. Her efforts to clarify the legal status of cryptocurrencies and stablecoins in the US will be crucial going forward.

While it is uncertain whether Senator Lummis’ 2021 Bitcoin purchases will result in a profit this year, since she purchased her first BTC in 2013, she has unquestionably enjoyed impressive returns on her earlier investments.