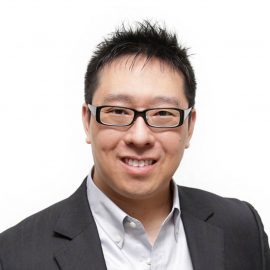 The Shanghai-based development center of Pixelmatic has a Vancouver-based support staff. In addition, Mow serves as the chief strategy officer of Blockstream, a company that develops blockchain technology and offers a variety of services to businesses setting up new blockchain-based networks.

Mow formerly served as the chief operational officer of BTCC, one of the biggest Bitcoin exchanges and mining pools in the world. He was in charge of running the company’s everyday operations as well as the business units for the exchange and mining pool.

Mow also held the positions of director of production and executive producer at Ubisoft, where she oversaw the company’s entry into the Asian market for its web, social, and mobile games. He oversaw the creation of The Smurfs & Co., a hugely popular social game that naturally attracted over 10 million members.

Before joining Ubisoft, Mow oversaw commercial operations and development at Sitemasher, which was honored with a 2008 Blue Sky Innovation Excellence Award from Microsoft. Later, Salesforce.com purchased the business, changing its name to Site.com.

The construction of a “Bitcoin City” in El Salvador at the foot of the Conchagua volcano is being overseen by Samson Mow. The idea is to power bitcoin mining in the city using geothermal energy from the volcano, and to pay for the project with bitcoin.

The first nation to accept Bitcoin as legal money is El Salvador. In 2022, there are also plans to issue a Bitcoin bond, and Mow will be in charge of that endeavor. If successful, El Salvador will be able to offer bonds backed by Bitcoin directly through the blockchain, bypassing Wall Street banks and other international organizations.

Official consultants on the bond’s design include Mow and Blockstream. The sidechain-based settlement network Liquid, which was also developed by Blockstream, will be used to issue the bond. According to Mow, “the overall feeling was one of extremely strong coherence and direction” regarding the project. Mow anticipates a busy year in 2022 thanks to the El Salvador Bitcoin Bond initiative and Blockstream’s recent elevation to the position of crypto unicorn.