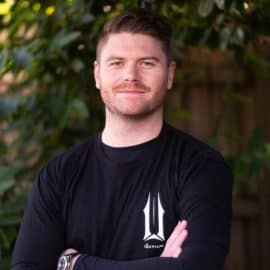 One of the co-founders of the open-world blockchain roleplaying game Illuvium is Kieran Warwick. He is Kain Warwick's brother, who founded Synthetix. Kieran has established himself as a successful serial entrepreneur, rising to the position of Australia's youngest Harvey Norman franchisee and founding the community-based food review app The Burger Collective.
Follow
Metaverse Post » Kieran Warwick, Co-founder of Illuvium

Midway through 2020, when there were few use cases for virtual property, Warwick invested in virtual land. Virtual land had no mining or advertising at the time, therefore it was of little use. While the project was still in its early phases of development, Warwick invested in the hopes that Axie Infinity would be the company that created the Metaverse. Later that year, the plots experienced a tremendous increase in value, demonstrating that his investment choice was the result of keen insight.

As stated by Warwick on the Illuvium Discord server on August 30, 2021, Illuvium—an open-world sci-fi roleplaying game, monster collector, and auto battler based on Ethereum—is scheduled to release in the first quarter of 2022 for Windows and Mac.

The complete release of Illuvium was initially planned for Q4 2021, but due to the Open Beta’s delay, that timetable was moved to 2022. Following the PC debut, the mobile version is scheduled to go on sale, and Warwick has promised that console versions would follow soon after. Furthermore, 2023 has been provisionally chosen as the release year for the second title.

Warwick predicted that things will pick up steam in 2022 in an interview with Stockhead about the adoption of cryptocurrency and blockchain games. It will signal the start of crypto’s widespread adoption, he continued. Sustainable play-to-earn ecosystems are now being developed on the blockchain. He expressed his opinions on the Metaverse’s adoption in 2022 during the same interview: I think that as GameFi develops, more people will become interested in the Metaverse.

Disney’s expansion into Web3: plans to hire a corporate lawyer for NFTs and metaverse
September 27, 2022

Metaverse, VR, and online gambling: what is the future for sports betting and iGaming?
September 27, 2022
Exploring - and explaining - brave new worlds.
© Metaverse Post 2022