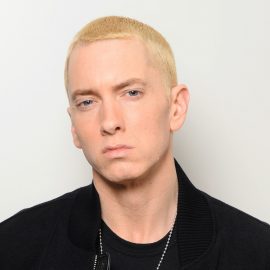 In 2021, the NFT phenomenon has become very popular. Obviously, tokens have not lost their relevance in 2022, as well-known rapper Eminem recently bought one of them.
Follow
Metaverse Post » Eminem, American rapper and actor, composer and music producer

In 2021, the NFT phenomenon has become very popular. Obviously, tokens have not lost their relevance in 2022, as well-known rapper Eminem recently bought one of them.

He purchased a token from the most famous collection called Bored Ape Yacht Club. The musician bought an NFT for $450,000 (about 33 million rubles) and put a digital monkey on his Twitter avatar. There were no accompanying messages. You can also notice the similarity of the monkey and the rapper himself.

Eminem is widely regarded as one of the most influential artists of the last two decades. Eminem released his first NFT collection, Shady Con, in April of this year.

Because it included a limited edition festival during which Eminem fans could buy Nifty Gateway NFT images, this collection became a new way to sell non-fungible tokens. However, the rapper’s most unique and original instrumental beats were sold prior to the start of the digital festival at Nifty Gateway.

Eminem was asked after the festival what drew him to the world of irreplaceable tokens, and he replied that collecting art has been his passion since childhood. The rapper is overjoyed that technology is now allowing him to recreate some of the collectibles.