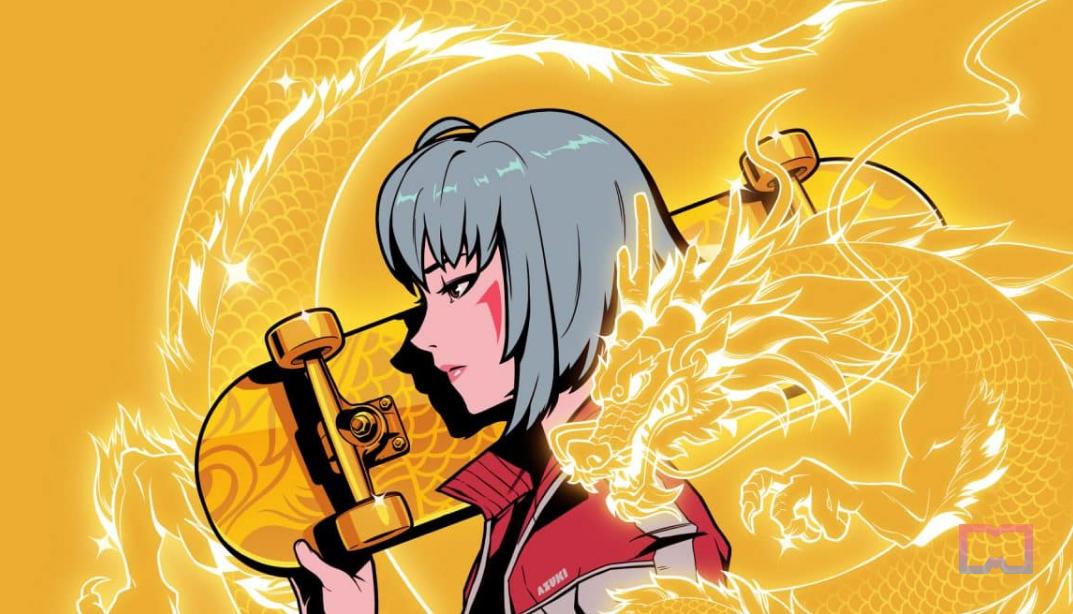 The bidding went on for over 24 hours. Eventually, a Twitter user named “Dingalingts” placed the strongest bid of 309 ETH (approximately $417,150 at the time of writing). Notably, the collector also owns 180 Bored Ape Yacht Club NFTs, 98 MAYCs, eight CryptoPunks, 102 Azuki artworks, and many other blue-chip non-fungible tokens.

NFT holders will be able to claim the physical Golden Skateboards in November this year.

“The Golden Skateboard is a marvel of art & technology showcasing our first implementation of PBT, which paves the way for a new era of storytelling,”

It’s worth noting that the previous record sale featured Jamie Thomas’ and Bob Dylan’s “Blowin’ In The Wind” Skateboard sold for $38,425 in December 2012. Following, a set of four decks signed and used by Bucky Lasek and Adam Yauch was sold for $35,000.

A skateboard used by Tony Hawk and signed by Paul McCartney went up for $27,116. The Tony Hawk Foundation used the funds to build public skateboard parks in low-income communities. In July this year, the pro skater partnered with The Sandbox to develop the biggest Metaverse-based skateboard park.