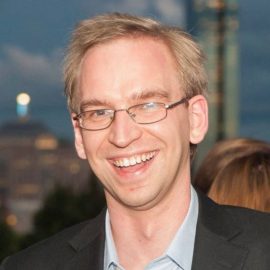 Michael Egorov is a physicist and scientist by training, having earned his degrees from the Moscow Institute of Physics and Technology.
Follow
Metaverse Post » Michael Egorov, CEO of Curve Finance

The CEO of Curve Finance, a decentralized exchange liquidity pool that was established in January 2020 and has received a lot of attention, is Michael Egorov. It is based on Ethereum and made for effective trading of Bitcoin and stablecoins.

While a student, he also worked on cryptography and quantum computing. He decided on studying ultra-cold atoms for his post-doctoral work, and in 2003, he took home the bronze medal in the International Physics Olympiad.

In 2022 and beyond, blockchain narratives will be more about “proof of utility” protocols and platforms. Hopefully, not just about the finance & payments narrative. There is SO much to be invented using this technology.

The “Curve Wars,” which refer to several protocols trying to offer their users on Curve Finance the biggest CRV incentives, began at the beginning of 2022 and saw even more protocols integrate Curve. However, these “wars” continue to boost the buying pressure for CRV.

Curve’s ecosystem is increasingly taking shape, and the rise in investors is increasing demand for the platform. It appears that Curve and Egorov will have yet another successful year in 2022. In January, the platform experienced a record-breaking day with $3.2 billion in daily transaction volumes. It is reasonable to predict that if the year is successful for cryptocurrencies, many new records will be set.

This year, the business also plans to introduce a number of new goods and improvements. With Egorov in charge, Curve Finance is poised to enter 2022 with full force.

While NuCypher pursues interoperability, it has revealed “an exciting new prospect” for the future, beginning with the group working on a Polkadot bridge. The Web3 Foundation has awarded a grant to the project, termed “NuLink.”