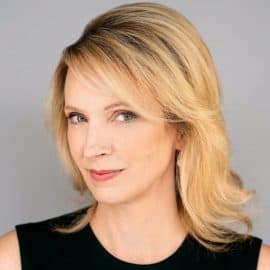 Smith earned a Master of Business Administration with a focus on business and financial services. She began her career on Capitol Hill in Washington, D.C., where she spent nearly ten years working as a congressional aide and senator.

She concentrated on technology policy prior to getting active in the blockchain industry. Smith played a big part in assisting blockchain and technology businesses in Washington with their goals for public policy.

Since she began serving as the Blockchain Association’s executive director in 2018, she has established a solid reputation as one of the most influential figures in the fields of financial innovation and cryptocurrencies. She frequently contributes to newspapers and television, appearing frequently on CNBC, Yahoo Finance, Fox Nation, and Cheddar. She was mentioned on Fortune’s list of the 40 Under 40 for 2020.

Thanks ⁦@Sonnenshein @Grayscale and @axios for hosting a great breakfast on “The Stakes for US Crypto Adoption.” It’s wonderful to see crypto policy be such a focus at Davos. It’s important that the US get the policy right.

Smith’s year began with a crucial new partnership with SkyBridge Capital in his capacity as an independent director. She also attended numerous talks on cryptocurrency regulation while one of the notable guests at CES 2022 in Las Vegas.

By year’s end, the Blockchain Association had doubled its membership and tripled its funding. Smith is anticipated to expand the trade organization even further in 2022 and have a greater influence on the bitcoin scene as more blockchain companies join it.

Smith has been actively involved in promoting the value of blockchain and cryptocurrencies in Washington since 2021, and he will do so again in 2022. According to a survey, 62 percent of Americans believe that cryptocurrencies have potential and that the government of the United States should promote the growth of the crypto business in order for the nation to maintain its competitiveness on the world stage.

Strong in this conviction, Smith will continue to advocate for cryptocurrencies among senators and house members who, in contrast to the general people, are the most difficult to persuade that the sector is advantageous for the entire country.