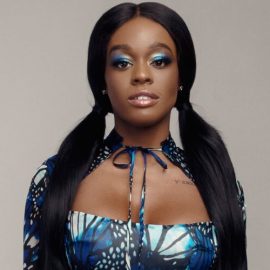 Rapper Azealia Banks is quite well-known, and we included her on our list both because she began collecting or selling art and because of the odd path she took to becoming a digital artist.
Follow
Metaverse Post » Azealia Banks, American singer, rapper and songwriter

American songwriter, singer, and rapper. Banks became well-known in 2011 after topping the “Cool List” of the New Musical Express magazine. She was announced as one of the contenders for the BBC’s Sound of 2012 poll in December of that year, where she came in third. On December 6, 2011, she released “212,” a song with Lazy Jay that reached its UK peak at number 20.

Rapper Azealia Banks is quite well-known, and we included her on our list both because she began collecting or selling art and because of the odd path she took to becoming a digital artist.

The NFT she produced is not a piece of music, art, or anything else of the sort. The performer’s creation, a sex video of herself and her fiance, a conceptual artist, serves as the token. Unbelievably, this tape brought in over $17,000 at auction.