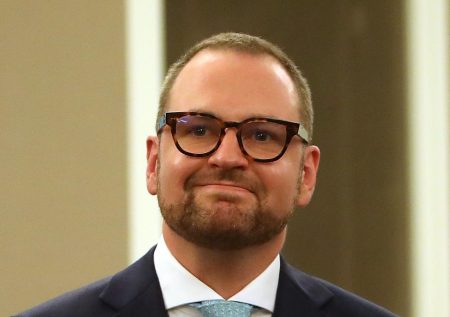 2019 saw the election of Andrew Bragg, an Australian senator for the state of New South Wales who supports cryptocurrency. He is often regarded as one of the Liberal Party's most progressive leaders in Australia.
Follow

A year-long examination of Australia’s competitiveness in these industries will be conducted thanks to a senate committee inquiry led by Senator Bragg in September 2019 into the fintech and regulatory technology sectors. He then served as the chair of the ensuing committee on Australia as a Technology and Financial Center, where he advocated for more regulation and promoted cryptocurrency.

In order to create new opportunities for Australians in these developing industries, like as blockchain technology and cryptocurrency, Senator Bragg appointed a taskforce of 15 business leaders in financial services, fintech, and technology in August 2020.

As chair of the Environment and Communications Legislation Committee, national director of a successful campaign to legalize same-sex unions, and supporter of Australia’s First Nations Peoples and superannuation policy reform, Bragg has served in a variety of other leadership roles.

In terms of goals for 2022, it appears that Senator Bragg is focused on enacting the legislation he advocated for the most of 2021. Senator Bragg stated that Australia’s digital asset plan to produce cryptocurrency-related legislation is “coming” shortly and might be implemented in 2022 during Blockchain Australia’s NFT Fest in October 2021.

In light of the country’s impending parliamentary election this year, he expressed the hope that the major political parties will include clear regulatory crypto policies in their election manifestos.

The truth is that these goods are already available and in use, he stated. In order to safeguard consumers as well as maintain our competitive advantage, we must have the proper policy and regulatory framework.

He said the strategy will contain proposals for a “strong policy framework” centered on three goals: investment development, market competition, and consumer protection, but he didn’t go into detail. The Australian senator has also disclosed his intentions to promote the use of completely renewable energy sources.