At a star-studded event in New York last night during the famed NFT.NYC convention, the Dubai-based Decentralised Investment Group (DIG), who own XYZZY, celebrated their exciting new collaboration with BRON, where they revealed that they will be creating an NFT collection to accompany BRON’s “Gossamer,” an animated movie series comprised of 8 half hour-long episodes.

“Gossamer” is based on the young adult novel by critically acclaimed author Lois Lowry (The Giver, The Willoughbys). The voice cast of the series will be led by Academy Award winner Forest Whitaker, Thomasin McKenzie, Vera Farmiga, Richard E. Grant, Wilmer Valderrama, Alanna Masterson and Courtney Rosemont, who makes her debut.

Grammy Award-winning artist and producer Timbaland and his longtime business partner Gary Marella, co-founders of Beatclub, are Executive Music Supervisors of the series and will provide music for “Gossamer” from Beatclub artists, producers and songwriters.

The “Gossamer” animated movie series will be accompanied by a 10,000 NFT collection of the show’s adult characters, as well as a play-to-earn game based on the show, making it one of the first series to be coming to TV, theatres and Web3 simultaneously.

“This is an NFT project big enough for the big screen,” said Aaron L Gilbert, Chairman and CEO of BRON Media Corp, explaining how the 10,000 piece “Gossamer” NFT collection and the “Gossamer” Movie series are linked. “The characters that viewers will see and fall in love with on the silver screen will be the same ones they’re buying in the NFT collection. Web3 has never had a chance to intersect with mainstream media quite like this.”

XYZZY, specialists in building blockchain games, NFT digital assets and tokenized ownership, will build on their expertise in the field, as well as DIG’s position as global Web3 advisory, to create a Hollywood centric NFT collection like no other.

This collaboration’s focus is the futurisation of multimedia for BRON Digital on behalf of DIG, and this will be the start of a focused journey into adapting blockchain technology so it fits into the world of Hollywood.

Haydn Snape, founder and CEO of DIG and Web3 advisor to BRON Media Corp, will  navigate all NFT and token strategies. He revealed that 10,000 NFTs will encompass the “Gossamer” NFT collection, and that a play-to-earn game based on the TV series is also being developed.

“Blockchain technology allows us to reimagine how audiences engage with content,” explains Snape. “DIG has demonstrated incredible results when it comes to futurizing industries and businesses and getting them to understand, embrace and engage so that they fit into the future, so for us to get to do this for a celebrated Hollywood studio is incredibly exciting. We are taking the building blocks of decentralisation – tokens, gamification, metaverse compatibility and the like – and applying them to the world of entertainment.”

Fans who were quick in connecting their digital wallets to the “Gossamer” landing page (gossamer.world) received a free, dynamic NFT, dubbed “Gossamer Seed”, meaning they will visually change in the holders’ wallets over time.

At the time of mint, fans were unaware of the utility of this free NFT. However, within two hours, all 10,000 free “Gossamer Seed” NFTs had sold out on OpenSea, hitting a floor price of 0.15 ETH, and a trading volume of over $100,000, making the Gossamer NFT collection already a highly anticipated commodity.

The utility of the free “Gossamer Seed” NFT will be uncovered as the “Gossamer” world grows and develops. Fans will have to keep following announcements made via the “Gossamer” Twitter account (@gossamer_world) for any challenges they need to complete in order to unlock the full potential of their “Gossamer Seed”.

BRON is a global media-technology and award-winning production company committed to furthering the art and craft of meaningful commercial storytelling. The company works through an innovative distribution agnostic approach using a blend of studio co-financing deals and in-house productions to create film, tv, audio and non-scripted content as well as interactive gaming, technology, and corporate investments. The company’s filmmaker-first approach, built on inclusion, innovation, and respect, has helped BRON solidify creative relationships with elite talent from an array of backgrounds. BRON has been instrumental in more than 120 productions and has built a robust slate of upcoming IP across all platforms. The company has been part of an outstanding 32 Academy Award® nominations and 6 wins.

DIG seeks out exclusive investment opportunities within the metaverse space and turns them into industry-leading products aimed at disrupting the landscape. With offices in Dubai, Miami, Warsaw, Mumbai, Hanoi, Manila and Nassau, DIG uses blockchain solutions to revolutionize the decentralized investment ecosystem. DIG’s subsidiaries include, but are not limited to: 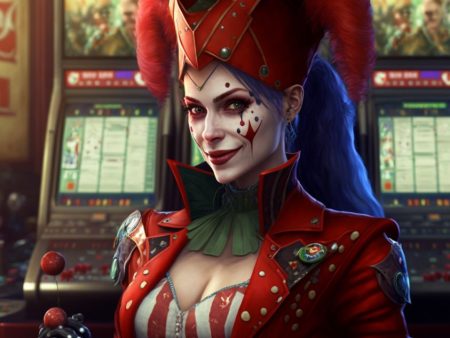