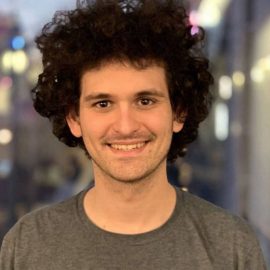 Bankman-Fried founded Alameda in 2017 after working three years as a trader at the quantitative trading business Jane Street Capital after earning his physics degree from the Massachusetts Institute of Technology in 2014. In his college years, Bankman-Fried discovered an affinity for the life philosophy of effective altruism, which he still follows today. Specifically, it refers to the philosophical idea that one should try to benefit as many people as possible.

Regarding FTX, the exchange expanded swiftly, reaching an astounding valuation of $32.5 billion in just under three years. Bankman-Fried, who is known for being a workaholic, is an avid philanthropist in his leisure time and intends to eventually donate the majority of his 11-figure fortune. However, allegedly.

In 2017, Bankman-Fried relocated both himself and FTX’s headquarters from Hong Kong to The Bahamas, citing the latter country’s more favorable regulatory environment for cryptocurrencies. The Bahamas was the first nation in the world to accept the Sand Dollar as its official digital currency. Additionally, Bankman-Fried cites the island’s bustling, secure, and non-lockdown atmosphere as justification for the move.

Consider how much more good you could accomplish by working directly for a cause than by working on Wall Street and making donations to it. You could certainly benefit them more with the donations in many circumstances. In essence, I looked at Wall Street.

The three main issues for 2022, according to Bankman-Fried, will be blockchain scaling, speeding up, and regulating. For consumers to directly spend their cryptocurrency at fiat merchant terminals, FTX will shortly introduce a Visa debit card. FTX recently established a $2 billion venture fund to support international blockchain and Web3 companies, maintaining the momentum of its past years’ spending spree on sports alliances.

More transparency, according to the CEO, will alleviate “80% of the concerns while allowing stablecoins to thrive onshore”. Stablecoins should also be better reported and inspected. Bankman-Fried advises authorities to establish an uniform crypto network today and think twice before debating whether or not crypto assets should be categorized as securities. Instead, they should concentrate on fraud prevention and disclosure.