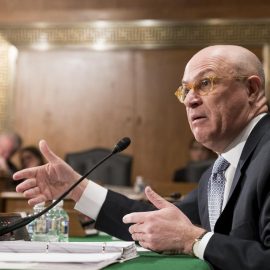 If you've heard of the "four-year cycle" in Bitcoin, you've probably come across Bob Loukas' work or followed someone who is familiar with his theory. Loukas is regarded as one of the first Bitcoin pioneers to popularize the idea that most markets (not just Bitcoin) move in four-year cycles.
Follow
Metaverse Post » Bob Loukas, Cycle trader, founder of Bitcoin Live

Loukas has been methodically updating his followers on the market’s progress since calling the Bitcoin bottom in December 2018. Many of his updates revolve around intermediate analyses of 60-day cycles, which comprise the larger four-year cycle trend. Loukas believes that asset markets form much larger 16-year cycles than the four-year cycle.

Outside of his investment work, little is known about Loukas. Loukas, who is based in New York City, assists in the operation of Bitcoin Live, a membership website that teaches users about cycle theory as it relates to cryptocurrency. Exclusive content is also available from prominent market analysts Big Cheds and Peter Brandt, among others.

As Bitcoin nears the end of its current four-year cycle, 2022 is expected to be a big year for cycle theorists. Loukas anticipates a cycle low for the digital asset in late-2022, paving the way for the next cycle. Although it is unclear how the current cycle will unfold, let alone the next four years, Loukas previously speculated that the next quadrennial epoch could be defined by an early mania phase followed by a long bear market. In this case, the cycle is “left translated” rather than “right translated,” which means that the majority of the gains occur early in the cycle rather than later.

However, as he states in his bio, “my crystal ball is frequently wrong,” which means that investors should only use his cycle theory as a guide for how the market might play out. Nonetheless, his model portfolio, which includes 30 BTC, has a net profit of 4,100%. That’s what you get for buying low and stockpiling more during major capitulation events like the March 2020 liquidation crisis.