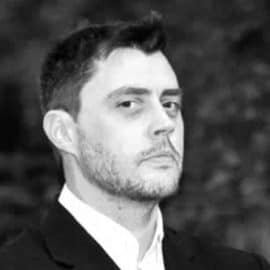 Andre Cronje is a talented programmer best known for developing Yearn.finance and Keep3rV1. He has also contributed to other well-known DeFi projects, like Cream v2 and Sushiswap, among others. Cronje has been a developer for more than 20 years and is a software architect. He was requested to continue working as an instructor at the Computer Training Institute Education Group after completing a three-year computer science course in just five months. He spent more than a year there as a lecturer.
Follow
Metaverse Post » Andre Cronje, Independent DeFi developer and founder of Yearn.financ

Many people are unaware of Cronje’s law degree, which he earned from Stellenbosch University in 2003. Before delving into encryption and mobile security, he first worked on building Big Data and high transactional infrastructure for the telecom industry.

His most recent initiatives include developing fintech solutions and utilizing blockchain technology to provide DeFi goods and services to the continent of Africa’s unbanked. He presently serves as the technical advisor for Fantom, a platform for DAG-based smart contracts.

Build initially, address bugs afterwards is Cronje’s philosophy. Along with his distinctive viewpoints, his “I test in prod” Twitter bio is well-known in the cryptocurrency community. Disclaimer: When I make software, I build it for myself, he once stated on Twitter. Please use caution if you do decide to interact with it because there will be bugs. Interfaces are created to simplify my life. I’ll make errors. Please don’t use it if you don’t comprehend it.

Early in January, when Cronje tweeted “ve(3,3),” the cryptocurrency community was abuzz with rumors that the developer was about to introduce a new DeFi 2.0 project. However, it was later discovered that the message really referred to a new project on the Fantom blockchain named Solidly.

He teased a number of the ve(3,3) project’s features, which he has been developing with Daniele Sestagalli, a fellow DeFi developer. Cronje explained how a “possible future” emission-based token could balance ecosystem players in a blog post named “ve(3,3).” The usual vested escrow rules are in effect. Additionally, Sestagalli revealed the project on Twitter: “Andre and I are introducing a brand-new coin on Fantom.” In a blog post, Fantom stated further that “tokens will be airdropped to Fantom projects dependent on TVL.”