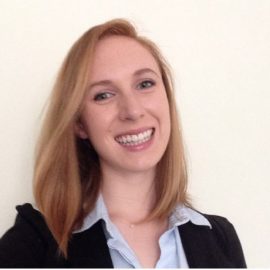 Layne Lafrance is a Canadian businesswoman who went to school and lived in London as a child. She later relocated back to Canada, where she earned a degree in finance and entrepreneurship from the University of British Columbia. She quickly became interested in technology there.
Follow
Metaverse Post » Layne Lafrance, Flow product manager at Dapper Labs and co-founder of CryptoKitties

She was a co-founder of Ping, a software firm that promoted the use of mobile devices to facilitate face-to-face interaction. Lafrance gained extensive knowledge of blockchain technology while working as a product manager at Axiom Zen. Dapper Labs, her subsequent endeavor, was born out of Axiom Zen in 2018 with the goal of educating people about the advantages of blockchain technology through entertainment.

In the past few years, she worked with Dapper Labs to design Flow, which changed her role in the blockchain and cryptocurrency industries. The next generation of apps and games, as well as the digital assets that drive them, will be developed using the fast, decentralized, and developer-friendly Flow blockchain.

She was also a founding member of the team that created the well-known blockchain game CryptoKitties, which is credited with being the first mainstream use of nonfungible coins. For the Dapper team to launch the upcoming wave of digital experiences, Lafrance is now concentrating on making decentralized infrastructure dependable and strong.

Lafrance and her team are anticipated to further penetrate the market and offer new partnerships, NFT projects, and airdrops as the Metaverse expands in the coming year.

Lafrance is assisting the business’ expansion by creating hundreds of new positions, particularly in software development. Beginning in 2022, Dapper Labs became the first NFT business to register with the federal government in order to campaign for changes in industry regulations.

Dapper Labs and Flow anticipate that the entry of the pro-sports league into the NFT market will help the market, which is currently crowded with important sports franchises, expand.

The National Football League, the Women’s National Basketball Association, the Spanish soccer league La Liga, and the Ultimate Fighting Championship are among the new sports alliances in addition to the NBA. Other leagues might enter the NFTs and Metaverse in 2022, with Flow and Dapper Labs helping to create the technology.