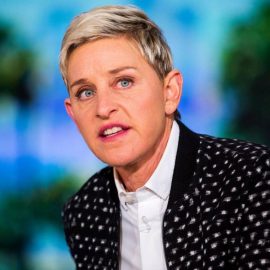 Ellen DeGeneres, the popular talk show host, decided to enter the NFT sales platform in an unusual way. She reasoned that auctioning off her own NFT explanation from her talk would be a good idea.
Follow
Metaverse Post » Ellen DeGeneres, American actress, comedian, television host.

Ellen DeGeneres, the popular talk show host, decided to enter the NFT sales platform in an unusual way. She reasoned that auctioning off her own NFT explanation from her talk would be a good idea.

This explanation was sold alongside a cat image that appeared on the screen. As a result, this unusual set of NFTs fetched nearly $35,000 at auction.

Ellen gave her entire inheritance to World Central Kitchen, a charity that fights food insecurity. The sale of such materials is yet another example of how NFT contributes to a better world.

The first of DeGeneres’ NFTs went on sale, with the proceeds benefiting World Central Kitchen, the food-relief organization founded by Chef José Andrés. Last Friday, the show began promoting the stunt online, and DeGeneres announced the NFT sales on Monday’s “The Ellen Show,” with her monologue about NFTs sold as the premium auction lot. She also informed her 79 million Twitter followers about the auction, which was held on the NFT site Bitski.

The NFT of DeGeneres’ monologue was purchased for $14,555 by @thattallfamily, the self-proclaimed “Tallest Family on TikTok,” who clearly made the purchase to increase followers. They now own the four-minute, twenty-four-second 4K video clip. That Tall Family also receives a digital copy of “Woman With Stick Cat,” a selfie of DeGeneres holding the sketch that gently satirizes the entire NFT craze, as well as a physical copy signed by Ellen.

Five “limited edition” copies of the “Woman With Stick Cat” image were purchased for $2,500 in a second auction (out of 10 available). [UPDATE: By Monday noon ET, when the NFT sale was supposed to end, four of those had been sold; however, Bitski kept the item open, and a fifth was later purchased.] During the 24-hour sale period, 64 people paid $100 for a digital copy of the selfie in the third sale, which was open to anyone.

In her monologue, DeGeneres mocked her own confusion about NFTs. “This term has recently been all over the news, but most people know what it is — including me, but that isn’t going to stop me from trying to explain it to you,” she says.