Recently, inflation has been a problem everywhere, but it can be especially tragic in consequences in third-world countries. When the prices of goods and services tend to go up over time and the value of the local currency decreases, it can be difficult for people to afford necessities, and it can lead to economic instability. Bitcoin, however, can be the answer to inflation in developing countries.

Bitcoin can help to counter inflationary pressure in third-world countries. Bitcoin is a digital currency not subject to the same inflationary pressures as fiat currencies. This means that, over time, it will become more valuable relative to fiat currencies. You can use Bitcoin to buy goods and service which can be helpful when local currency is unstable.

Uses of Bitcoin as a savings tool. When inflationary pressure increases, the value of fiat currency decreases. People saved in fiat currency will see their savings eroded over time. When saving in Bitcoin, they can be confident that inflation will not affect their savings.

According to the World Bank, consumer price inflation in low-, middle- and high-income countries was 9.1% on average at the end of its annual on June 2022. This shows the most significant increase in inflation in 40 years.

The majority of the world’s poor people live in developing countries. According to World Vision, 1.3 billion people across 107 developing countries live in multidimensional poverty. This accounts for staggering 22% of the entire global population, with 84.3% living in South Asia and sub-Saharan Africa.

Reasons why inflation is such a problem in developing countries

Poor are particularly vulnerable to the effects of inflation. This is because they spend more of their income on essentials, such as food and fuel, and these become increasingly expensive when inflation is high. This can leave them with less money to spend on other things or even force them to cut back on essentials to make ends meet.

Even if someone manages to make savings, their value diminishes, making it harder to finance investments. This is because when prices rise, the purchasing power of savings reduces. This can make it more difficult for businesses to expand and create jobs, which can, in turn, lead to more poverty.

The impact of Bitcoin on developed vs. developing countries

In developing countries, where financial systems are often unstable or nonexistent, Bitcoin can have a much more profound effect. In these cases, Bitcoin can provide access to financial services that would otherwise be unavailable and help combat inflation by providing a more stable store of value.

While the price of Bitcoin does fluctuate, it has generally trended upwards over time. This means that if you hold Bitcoin, your purchasing power is likely to increase over time. This is in contrast to fiat currencies, which are often subject to inflationary pressures.

People living in countries with volatile currencies use Bitcoin to send money internationally without incurring high fees. You can use Bitcoin if you live in Venezuela and want to send money to family in the United States and avoid the high costs associated with sending fiat currency.

Bitcoin can be a helpful tool for people living in developing countries. It can provide access to financial services and hedge against inflation.

Can Bitcoin help bank the unbanked?

The world’s poorest and most vulnerable people live in countries where banking services are unavailable or unreliable. People often rely on informal finance systems such as money lenders and pawn shops in these nations. However, these services can be costly, with high-interest rates and fees that can trap people in a cycle of debt.

Bitcoin can help to provide banking services to the unbanked. For example, sending and receiving money using Bitcoin is quick and cheap. This can help people in countries with unstable economies to access essential financial services.

Bitcoin can help to promote economic development in third-world countries. By providing access to banking services and a stable store of value, Bitcoin can help to encourage entrepreneurship and investment. This can lead to job creation and economic growth.

How does cryptocurrency help in improving developing countries?

Bitcoin is a more stable currency than is currently available in many countries. Since cryptocurrencies are not subject to the same inflationary pressures as traditional fiat currencies, they can act as a hedge against inflation. It also provides a cheaper and faster way to send money internationally. Traditional methods like wire transfers can be expensive and slow, but Bitcoin transactions are quick and affordable. This can significantly help people in developing countries who need to send money back home to their families.

Why is inflation a problem?

Third-world countries often suffer from high inflation rates; some of the factors that cause inflation include government corruption, economic mismanagement, and currency devaluation.

Bitcoin can help fight inflation in some ways:

Bitcoin is becoming increasingly popular and accepted as more businesses are beginning to take it as a form of payment.

Why are third-world countries embracing Bitcoin?

For these reasons, Bitcoin is becoming increasingly popular in third-world countries as a way to counter the effects of inflation and financial repression.

Which countries have adopted Bitcoin as legal tender, and how have they done it?

In June 2021, El Salvador made history by becoming the first country to adopt Bitcoin as a legal tender. The President of El Salvador, Nayib Bukele, announced the news on Twitter, saying that the legislature had approved his proposal with a “supermajority.”

El Salvador is the first sovereign nation to adopt Bitcoin as legal tender, though other countries have considered it. The move aims to combat inflation in the country, which has been a problem for many years. In March 2021, the Marshall Islands announced they would adopt cryptocurrency and officially adopted Bitcoin on 26 February this year. The Marshall Islands are a sovereign nation located in the Pacific Ocean and have their currency, the Marshallese dollar. The Islands recommends crypto as a more stable currency, not subject to the same volatility as the US dollar.

Bitcoin is a digital asset and a payment system invented by Satoshi Nakamoto. Transactions are verified by network nodes through cryptography and recorded in a dispersed public ledger called a blockchain. Bitcoin is unique in that there are a finite number of them: 21 million.

How do people use Bitcoin?

Use of Bitcoins as a medium of exchange and a store of value.

How can Bitcoin be used to counter inflation?

There is a finite amount of Bitcoins; as the supply of bitcoins decreases, the price increases. This increase in price offsets the adverse effects of inflation.

What are the risks of using Bitcoin?

What are the benefits of using Bitcoin?

The benefits of using Bitcoin include price stability, security, and privacy. Price stability offsets the effects of inflation. Transactions are recorded on a public blockchain.

How can Bitcoin be used in third-world countries?

Bitcoin can be used in third-world countries to counter inflation and increase security and privacy. The use of Bitcoin can help offset the effects of inflation by providing a finite asset that appreciates as the supply decreases.

What are some challenges of using Bitcoin in third-world countries?

Some challenges of using Bitcoin include infrastructure, education, and adoption. Education needs to be more awareness and understanding of Bitcoin among the population. Adoption is to the low number of people using Bitcoin in third-world countries.

What are some solutions to these challenges?

Inflation is a big problem in many third-world countries. Bitcoin can help to counter inflation by allowing people to store their money in a decentralized and trustless manner. By doing so, they can avoid the risk of devaluation of their money to inflation. Additionally, Bitcoin can also help to provide individuals with an alternative way to make transactions and store value, which can help to stabilize the economy. Overall, Bitcoin has the potential to help third-world countries counter inflation and stabilize their economies. 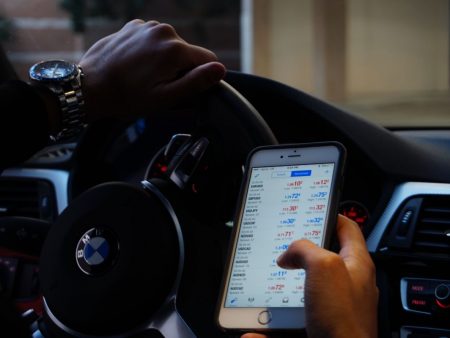 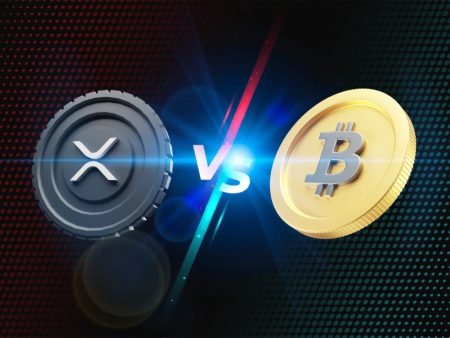